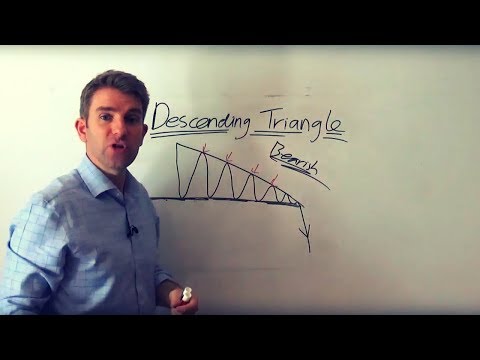 Hey everyone, long time lurker here. I'm a Finance/MIS student with experience in equity/crypto markets, and now looking to be profitable in forex and to contribute to this community.
I have put together an argument for why the EUUSD will be headed lower for the rest of the year and perhaps into 2019. There are both technical and fundamental aspects that will be presented, with an imgur album attached with a 4H, 1D, and 1W chart. The daily chart is attached with the post. Let's get started!
Technicals:
Fundamentals:
The trade, and where it could go wrong:
I will open multiple trades after a retest of the supply-turned-demand zone at 1.151, with take profit levels outlined by the gray zones and the black line representing the height of the descending triangle. Trade wars, a downturn in the US equity market, and the de-dollarization in the world financial system are the three big threats to this thesis. If you have advice, opposing views, or just want to tell me I'm wrong, please let me know. Thanks!
https://imgur.com/a/mfzvquG
https://preview.redd.it/8qgds8j600611.png?width=2192&format=png&auto=webp&s=d613143b9eabc13cd3a47477d125fec49b588174

Hey all, I'm back for another week so let's dive right into it!
Recap from last week
1) GBPUSD: The prediction regarding this pair's consolidation area seems to have been spot-on as we can see the price has moved and adhered to the area between 1.286 and 1.297 quite religiously. There was a brief fake-out that may have netted you a few pips (if you had a good trailing stop), but overall the price has opted to go for the "lower play" and has proceeded to hit the outlined target perfectly for just over 100 pips. I expect the price to rebound back to the consolidation area to retest the "upper play". Graph
2) EURCHF: The expected breakout has continued quite well, going as far as hitting the first target. As expected, there was a brief pullback to the entry price level but I expect it to continue its climb to Targets 2 and 3 over the next few months. Graph
New Setups
1) EURJPY: What we have here are signs of a potential rising wedge formation on EURJPY due to the higher highs and higher lows being formed since the 18th of May. Fibonacci levels applied on a larger timescale seem to show the price working well between the 0.5 and 0.618 levels - an idea supported by the recent rejection of a new high on the 16th and on the 24th. If the pair adheres to the rising wedge formation, we can assume that it will hit at least 3 different targets: Target 1 is a relatively new S&R level that seems to have formed at the beginning of May, Target 2 is a strong S&R level that stretches back a few months and happens to coincide with the 0.382 fib level of the yellow retracement lines, and finally Target 3 which is the area between the 0.236 fib level and the price where the rising wedge originated from.
In a longer-term view, we can see a double-top forming following a price rejection at 125.82. In keeping with how I usually approach double-top formations, there are two targets: A conservative target that is placed at the neckline and an aggressive target that is equidistant from the neckline. Despite all this analysis, the consensus on the Euro remains bullish . However, now that the French elections are behind us we can position ourselves quite nicely if the Euro ends up cooling off and losing momentum. In the event that it stays bullish and breaks through the 125.82, we have a simpler play worth about 65 pips which should tide us over until things clear up. Rising Wedge Play (Medium Term) Entry:124.965 (Price has already been hit but it is still worth a look) TP: 124.554, 123.813, 123.355 SL:125.643 Double Top Play (Long Term) Entry:124.965 TP: 123.074, 120.704 SL:125.643 Graph
2) USDCHF: I've given this pair another look since my last analysis on USDCHF 0.14% very recently hit its final target. Following that last target, we can now see that the price has been consolidating in the area between the 0.382 and 0.236 levels on the blue fibonacci retracements. From here, the price can push up through the 0.382 level to test the upper level of the channel again. The three targets outlined here are all based on important S&R levels that often coincide quite well with the fibonacci retracements on the larger time intervals.
Conversely, the price may opt to break through the 0.236 level with a goal of testing the lower wall of the descending channel . Again, we can 'safely' assume that it will hit three targets that are also derived from a combination of S&R levels and fib levels. What is interesting about this particular idea is that an "upper play" means that there is a strong potential for the formation of a potential wedge (marked by the red triangle). This would mean that the price already hit the wall of the wedge back on the 22nd of May and that the descending channel would be giving way to a falling wedge - which has implications on the long-term plans for this pair. Upper Play Entry: 0.97827 TP: 0.98142, 0.98534, 0.99039 (area) SL: 0.97549 ; Lower Play Entry: 0.96905 TP: 0.96791(area), 0.96286, 0.95503 SL: 0.97145 Graph
I truly hope you guys enjoy the read! Getting a lot of feedback goes a long way in helping me improve the quality and frequency of the posts!
Previous Weeks:
20th - 24th March
27th - 31st March
2nd - 7th April
17th-21st April
24th - 28th April
8th May - 12th May
I wish it was, but this isn't the gospel so please take the necessary precautions when trading
Have a good week and good luck!